The rise in anti-Asian racism stemming from the COVID-19 pandemic has launched a vicious cycle of new incidents of racism and increased awareness and documentation of them, leading to an avalanche of nearly 3,000 new reports just in the month of March to a database created by the advocacy group Stop AAPI Hate.

The group, formed last year to collect and document reports of racist attacks targeting Asian Americans and Pacific Islanders﻿, received “a steep rise” in new incident reports during the month of March, according to new data released Thursday.

In total, the group’s database now includes a staggering 6,603 reports of anti-Asian racism, from when they began collecting the reports last year through March 31 of this year.

The group attributes the “steep rise in reporting” to “increased national attention to anti-Asian hate, which has led to more and more Asian Americans becoming aware of the Stop AAPI Hate reporting center and other resources.”

During the period when Stop AAPI Hate received these new reports, there were a series of violent incidents involving Asian Americans being physically assaulted in public places. Several of the victims were hospitalized, and some later died from their injuries. And on March 16, a white gunman in Georgia killed six women of Asian descent in a string of shootings.

The unrelenting wave of anti-Asian racism has catalyzed even more incidents. Simultaneously, Asian Americans have become more outspoken against them. Stop AAPI Hate and other advocacy groups have routinely stressed that these statistics are likely still an undercount because they are self-reported. 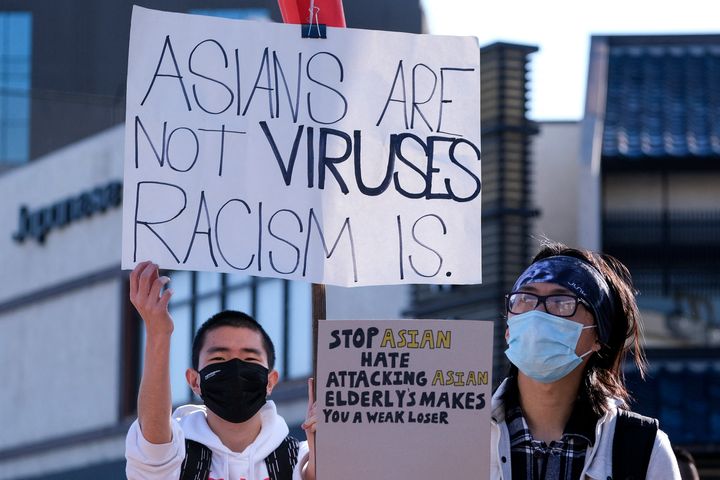 Overall, the group found that the overwhelming majority of incidents involve AAPI individuals being verbally harassed or shunned.