Among the thousands who have died in prisons and jails from the coronavirus were dozens of people approved for parole or not convicted of a charge for which they were arrested. 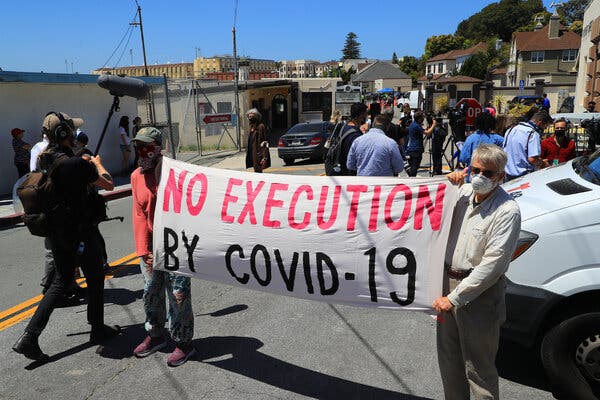 By Rebecca Griesbach and Libby Seline

Joe Dan Channel was granted parole from a Texas prison in late 2019. But the 62-year-old man was still behind bars several months later when he fell ill with the coronavirus and died only a few weeks before his release date.

In Florida, Lawrence Carter, a disabled Vietnam veteran in his late 70s, also fell ill from Covid-19 while he was incarcerated and died. He had not been convicted of the drug possession charge that brought him to jail: Mr. Carter was contesting the charge against him and had been awaiting trial in Seminole County.

The coronavirus tore through the nation’s prisons, jails and immigration detention centers over the past year, killing more than 2,700 people who were incarcerated. Dozens of them, including Mr. Channel and Mr. Carter, died after being approved for release by a parole board or while being held in jail without a conviction. That finding comes from a New York Times review of state and federal court records and data, and interviews with prosecutors, judges, defense attorneys and court administrators.

Mr. Channel, who had a history of drug arrests, was one of at least nine prison inmates around the country who was cleared for release by state parole boards but died within weeks of their scheduled discharges, the review showed. Mr. Carter was one of more than 50 men and women who died of Covid-19 in local jails while awaiting trial on the charges that brought them there.

The deaths raise troubling questions about the way the country’s justice system responded to a pandemic that infected incarcerated people at more than three times the national rate.