A Capitol Police officer dies from injuries sustained during the pro-Trump rampage. 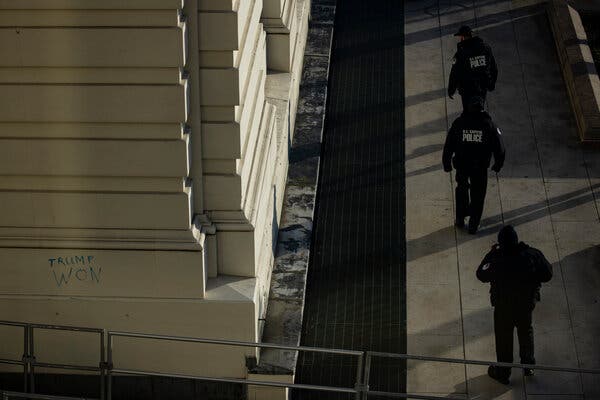 A United States Capitol Police officer died Thursday night from injuries sustained when he engaged with a pro-Trump mob that descended on the U.S. Capitol the day before.

Officer Brian D. Sicknick died at about 9:30 p.m. on Thursday, the Capitol Police said in a statement. He had been with the agency since 2008.

Mr. Sicknick was responding to the riots on Wednesday and “was injured while physically engaging with protesters,” the agency’s statement said, although officials didn’t immediately elaborate on the nature of his injuries or how he interacted with the crowd. After sustaining the injuries, Mr. Sicknick returned to his division office, collapsed, and was taken to the hospital.

“The entire U.S.C.P. department expresses its deepest sympathies to Officer Sicknick’s family and friends on their loss, and mourns the loss of a friend and colleague,” the statement said. News outlets had prematurely reported on his death earlier in the day while he was apparently still on life support.

Homicide investigators from the Metropolitan Police Department are involved in the case.

Early Friday morning, Representative Tim Ryan of Ohio, a Democrat who runs the House Appropriations subcommittee that oversees the budget for the Capitol Police, said in a Twitter post that his heart was breaking over Mr. Sicknick’s death.

“This tragic loss is a reminder of the bravery of the law enforcement who protect us every day,” Mr. Ryan wrote.